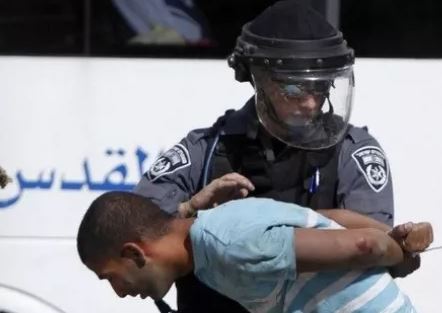 Palestinian medical sources have reported, Wednesday, that a man was injured after Israeli soldiers attacked him on a military roadblock, near Beit Sahour, in the West Bank district of Bethlehem. Army invades Ya’bad town, near Jenin.The sources said that resident Mohammad al-Bal’awi, in his thirties, suffered various cuts and bruises, and was moved to the Beit Jala Governmental Hospital, in Bethlehem.

Al-Bal’awi is from the Deheishe refugee camp, south of Bethlehem.

He was attacked by soldiers who installed a sudden military roadblock near Osh Ghrab area, east of Beit Sahour.

Eyewitnesses said the soldiers were punching, kicking and beating him.

Local sources said the soldiers drove their vehicles in different neighbors, during early dawn hours, Wednesday, and broke into a home belonging to resident Rafiq Nayef Abu Bakr, before interrogating him and his family, no arrests were reported.