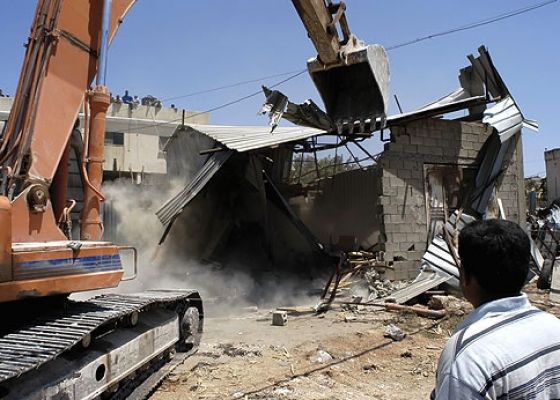 WAFA added that the soldiers demolished four residential structures in the Khirbit al-Mathoun village, after violently forcing the families out.

The soldiers also invaded Khirbit al-Hadeediyya area, in the Northern Plains east of Tubas, and demolished a home.

The latest attacks are part of numerous repeated violations targeting Palestinian communities, especially Bedouin communities in Tubas, in an attempt to force them to leave for the benefit of illegal construction and expansion of settlements, and for military purposes, including live fire training.