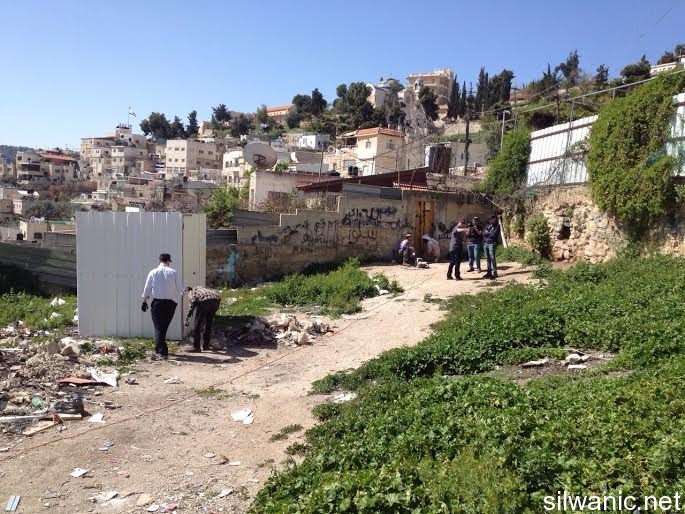 The Wadi Hilweh Information Center in Silwan (Silwanic) in occupied East Jerusalem, said Israeli extremists broke into, and occupied, a residential building inhabited by the al-Malhi family, and two lands in Wadi Hilweh.Silwanic said the extremists forged the properties’ deeds; an issue that enabled the Elad settlement group to invade the building and occupy it. The property in question has four apartments.

The center added that the settlers, and their armed guards changed the locks on all doors, blockaded the windows, while the Police prevented the residents from entering the area, leading to clashes.

The Police then attacked a child, identified as Mohammad al-Malhi, 13, and placed him in one of their vehicles while beating him, before some residents managed to secure his release.

Silwanic said that, in 2007, the Elad group attempted to occupy the building, composed of four apartments and an 800-Meter land, but the family headed to court and managed to retrieve its property.

Elad claimed that the Malhi family was living in a property that belongs to the Absentee Property Department. The al-‘Abbasi family, that has been living abroad since many years, owns the building.

Silwanic said the District Court in Jerusalem, and the Central Court, previously affirmed the al-Malhi family has all legal document to inhabit the property. The ruling came after a five-year legal process.

The al-Malhi family said that, after the court ruling was made, one of its members forged some documents, an issue that made it easy for Elad to occupy the property.

The family added that the Israeli police handed, on Tuesday evening, their son Montaser, 18 years of age, an order for interrogation, and when they accompanied the child, on Wednesday morning, they were all detained while the settlers occupied the building.

The police also detained Seraj al-Malhi, 12, and Samah al-Malhi, who were alone in the building during the time of the attack.

In addition, Israeli extremists accompanied by dozens of soldiers, invaded and occupied, a Palestinian land belonging to the al-‘Abbasi family in Wadi Hilweh.

The 500 square/meter land is used as a playground for Palestinian children in the area.

They also occupied a 1200 square/meter land belonging to Sha’ban family, and started bulldozing it before placing a mobile home, in preparation to establish a new outpost.