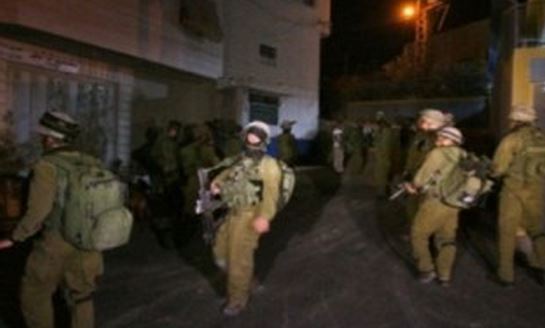 The kidnapped resident has been identified as Abdul-Malik Mahmoud Abu Salah, 24 years of age.

Another Palestinian, identified as As’ad Mohammad Thaher, 27, from Yasseed village near Nablus, was kidnapped at a military roadblock near Fasayel village, north of Jericho, as he was heading back home.

In addition, soldiers invaded Beit Ummar town, north of the southern West Bank city of Hebron, and kidnapped one Palestinian identified as Mousa Mohammad Bahar, 17 years of age, after searching and ransacking his family’s home.

Eyewitnesses said the soldiers smashed the main door of ‘Omar’s home before breaking into the property.

Furthermore, soldiers installed roadblocks on the main entrances of Hebron city, and Sa’ir town, north of the city, before stopping and searching dozens of cars, and investigated the ID cards of the passenger while interrogating them.