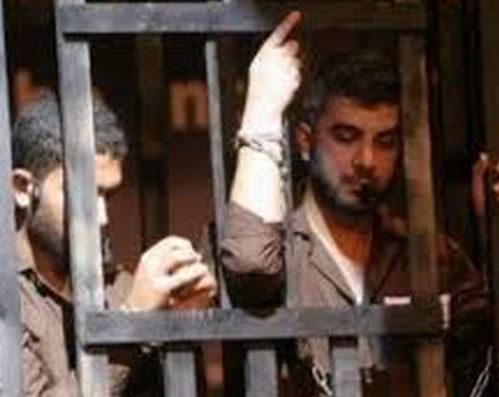 The Ahrar Center for Detainees’ Studies and Human Rights has reported that the Israeli Authorities reinstated the two life-term verdict of a Palestinian political prisoner, who was rearrested by the army, after being previously released as part of the Shalit Prisoner Swap Deal.Ahrar said the detainee, Ibrahim Yousef al-Masri, 45 years of age, is from Sheqba village, near the central West Bank city of Ramallah.

Head of the Ahrar Center Fuad al-Khuffash said the reinstated verdict is two life terms, and twenty additional years. The detainee served 17 years before he was released in 2011.

Al-Masri is currently held in Eshil Israeli prison; he is a married father of four girls, and suffers from various health conditions, including in his lungs, back and neck.

He was rearrested in 2014, along with hundreds, including dozens of Palestinians who were released under the Shalit deal, after three Israeli settlers were kidnapped and killed, in mid-2014.

Al-Khuffash said the Israeli Authorities have reinstated, so far, the verdicts against 35 of the freed detainees, including seven from occupied East Jerusalem, and 28 from different parts of the West Bank.