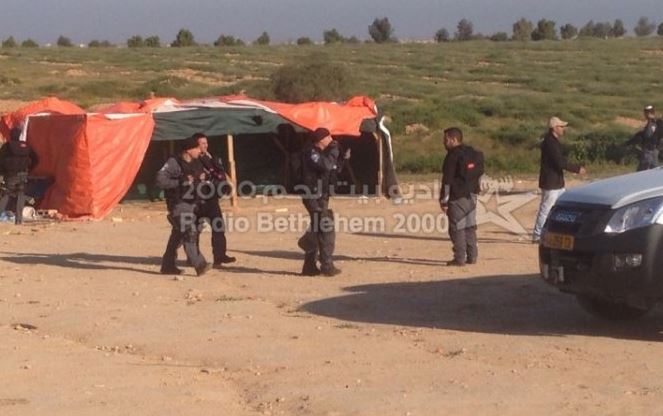 Israeli police officers demolished, on Monday morning, the al-‘Araqib Bedouin village in the Negev, for the 82nd consecutive time, rendering the families homeless again. Resident Salim al-‘Araqib said dozens of police vehicles, and undercover units of the Israeli military, accompanied by bulldozers and trucks, invaded the village before forcing the residents out of their sheds and homes, and demolished their structures.

Seeking a temporary shelter, the families had to go to the local cemetery.

After the destruction of the Bedouin structures, the soldiers and military bulldozers headed towards “Line 31 Area,’ where the villages of Um Ebtein, Houra, ‘Arad and Kaseefa and located.

Israel repeatedly invades and demolishes residential sheds and structures in the al-‘Arakib, and other villages in the Negev, as part of its “Negev Development Plan,” that aims at displacing all the Bedouins in the Negev to relocate them in Shqeib as-Salaam village.

The Israeli plan aims at building settlements and malls, after removing the residents who have inhabited the area since before Israel was established in the historic land of Palestine in 1948. 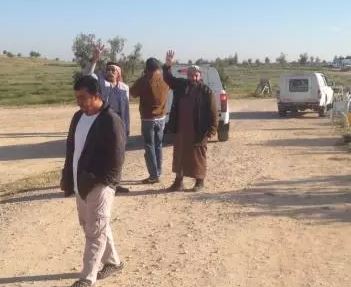