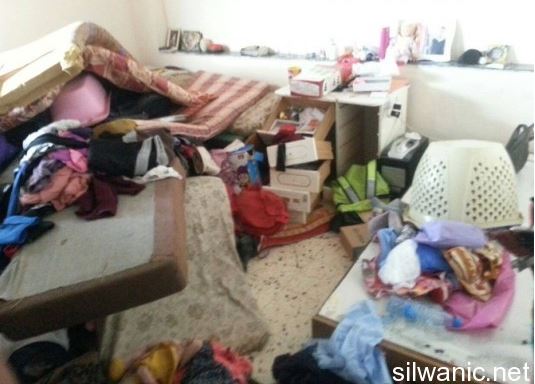 Israeli soldiers kidnapped, on Monday at dawn, two Palestinian children in the al-‘Eesawiyya town, south of the Al-Aqsa Mosque in occupied East Jerusalem, and took them to an interrogation facility. Children and residents remanded for further interrogation.Head of the Jerusalem Detainees’ Committee, Amjad Abu ‘Asab, said the soldiers kidnapped Mohammad Abu Ramouz, 16, and Mohammad Sa’ida, 16, after breaking into their homes, and violently searching them.

The two were moved to the al-Maskobiyya interrogation center, west of Jerusalem. They will have a hearing in the District Court later in the day to decide a remand request from the prosecution.

The two children were taken prisoner from the ath-Thoury neighborhood, in Silwan.

Mahmoud added that a detained child, identified as Mohammad Suleiman, 15, from al-‘Eesawiyya, was released and placed under house arrest.

Resident Wael Salayma, who was kidnapped Sunday, will have a court hearing on Tuesday, while Mousa al-‘Ajlouni, accused of stabbing two Israeli officers, will be sent to court by the end of the month.

Many other detained Palestinians from Jerusalem, including Mohammad Abu Sbeitan, Yousef Abu Jom’a, Mahdi Sayyad and Attallah ‘Awad, have been ordered under further interrogation, while detainee Mohammad Hamad has a trial date scheduled for April 26.