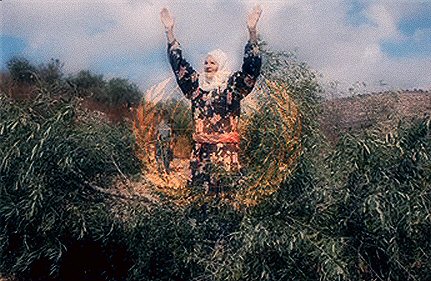 Israel’s representative was conspicuously missing when the UN Human Rights Council started a special session, on Monday, regarding the situation in the Palestinian territories and the 2014 summer assault, by Israel, on the region.’I note the representative of Israel is not present,’ said council president Joachim Ruecher.

Israel provided no immediate explanation for their absence at the session dedicated overwhelmingly to discussion of its policies and alleged abuses, but a source close to the council said it clearly amounted to a boycott.

‘We won’t comment on that,’ a spokeswoman with the Israeli mission in Geneva told AFP.

The United States was also absent from Monday’s discussions.

Asked to explain why the United States was not taking part, a spokesman said only that the US ambassador to the council Keith Harper was in Washington.

Monday’s session had originally been scheduled to discuss a probe on the 50-day war in Gaza last year, but the investigators obtained a delay after the head of the team quit under Israeli pressure.

‘The process cannot be rushed,’ former New York judge Mary McGowan Davis, who has taken over as head of the team, told the council.

Canadian international law expert William Schabas resigned as chair of the Commission of Inquiry on the 2014 Gaza conflict last month after Israel complained he could not be impartial because he had prepared a legal opinion for the PLO in October 2012.

Schabas strongly denied that he was beholden to the PLO but said he was reluctantly stepping down to avoid the inquiry into the July-August conflict — commissioned by the UN Human Rights Council — being compromised in any away.

A report by a special UN investigator said that Israel ‘deliberately’ targeted civilian homes during last summer’s attack on Gaza. The report, presented Monday to the UNHCR in Geneva by special rapporteur Makarim Wibisono of Indonesia, will form part of the basis for a UNHRC debate Monday on alleged Israeli violations of human rights.

The Council was also scheule to be briefed on the findings of a UN-appointed Commission of Inquiry into the Gaza war, headed by former New York Supreme Court judge Mary McGowan Davis. The commission had been due to present its final report at the session, but following the resignation of its previous head, Canadian law professor William Schabas, it asked for a delay until June, i24 said.

In his first report to the UNHRC, Wibisono wrote that ‘most victims were families killed in missile strikes on their own homes, usually at night…

‘In the non-exhaustive list of cases brought to the attention of the Special Rapporteur, almost all of the families lost one or more infants or children.’ The content of his report was reported Monday by The Jerusalem Post.

Israel estimates that some 2,100 Palestinians were killed during the Gaza war, of which about half were Hamas or Islamic Jihad fighters.

The UN’s casualty count, Wibisono said, listed 2,256 Palestinian fatalities, of which 1,563 were civilians, including 538 children. ‘On principle,’ he said, ‘ten children died every day over a period of 50 days’ during the conflict.

This casualty count is more than the two previous offensives against Gaza, he wrote, adding that it is disproportionately higher than the 66 Israeli soldiers and five civilians who died during the war.

The ‘stark disparity in casualty figures on the two sides, he said, reflects the skewered balance of power and disproportionate cost borne by Palestinian civilians.

Wibisono noted that Israel had explained that it was responding to indiscriminate rocket fire by Palestinian armed groups from homes and hospitals when it attacked civilian areas. However, personal testimony, satellite imagery and the high civilian death count raised questions as to whether Israel adhered to the ‘international principles of distinction, proportionality and precautions.’

Israel and the U.S, however, have withdrawn from the UNHRC two years ago, as a response to criticism of colonial activities in the occupied Palestinian territories, in addition to the U.S. halt of financial support to the counsel because of these condemnations.

Israel was not satisfied with the UN inquiry, calling for it to be shelved in its entirety, insisting the commission and the Human Rights Council which created it are inherently biased against it.

AFP further reports that Israel is the only country in the world with a special agenda item dedicated to it, meaning its rights record is discussed at every session of the UN’s top rights body.

Its absence Monday does not mark the first time it has boycotted the council.

It cut all ties with the council in March 2012 over its plans to probe how settlements were harming Palestinian rights, and did not resume relations until late 2013.

The US absence Monday sparked speculation over whether it aimed to avoid having to stick up for Israel, as it usually does, amid cooling relations between the two allies.

Washington warned, last week, that it could withdraw its unwavering support for Israel at the UN over Netanyahu’s tough stance on the Palestinians.

A number of states meanwhile saw the absence of the United States and most western nations from Monday’s debate in a different light.

This is ‘a deliberate attempt to undermine the credibility of the Human Rights Council,’ said Pakistan’s representative, speaking on behalf of the Organization of the Islamic Conference.

Although the report on the 2014 Gaza war investigation was delayed until June, the UN’s new Special Rapporteur on the situation in the Palestinian territories did not hold back.

‘The ferocity of destruction and high proportion of civilian lives lost in Gaza cast serious doubts over Israel’s adherence to international humanitarian law principles of proportionality, distinction and precautions in attack,’ Makarim Wibisono told the council.

He lamented ‘acute’ needs in Gaza, warning that Israel’s continued ‘blockade keeps Gaza in a stranglehold which does not even allow people to help themselves.’

03/22/15 Obama Administration on Israeli Election: ‘Enough With the UN Cover Up’