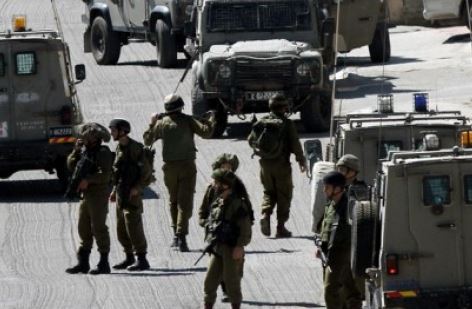 Israeli soldiers invaded, Sunday, the al-Khader town, south of the West Bank city of Bethlehem, and stormed two schools, causing panic among the students. The WAFA news agency said the soldiers stormed a local school for girls, and another school for boys, in al-Khader, despite attempts by teachers in both schools to prevent the army from invading them.

However, the teachers of “Sa’id al-‘Aas” School for Boys, and “That an-Netaqein” School for Girls, managed to prevent the soldiers from breaking into the classrooms.

Coordinator of the Popular Committee against the Wall and Settlements, Ahmad Salah, said the soldiers prevented the administration of Sa’id al-‘Aas School for Boys from building a wall around the school.

The soldiers told the School headmaster that the wall would limit the army’s ability to “enter the school when needed.”

It is worth mentioning that the two schools located in the al-Khader’s Old City, are subject to frequent Israeli violations, an issue that impacts the children’s education.

Clashes were reported on the edges of the town after the soldiers surrounded it; no injuries.