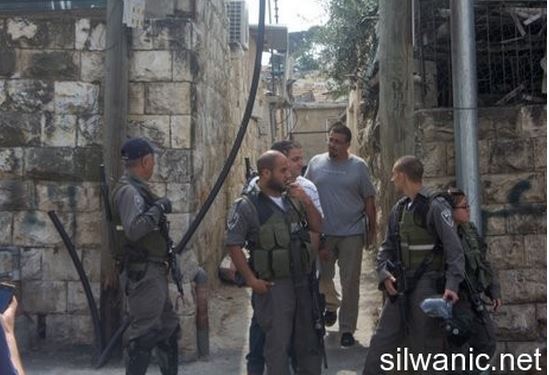 Eyewitnesses said three of the homes were built in Ein al-Louza, nearly two years ago, and their owners have been inhabiting them since then.

In Be’er Ayyoub, soldiers glued an order on the home of resident Walid Ahmad Abdul-Razeq, granting him 30 days to appeal.

Abdul-Razeq told Silwanic that this is the fifth order he receives despite the fact that he never built or added any room to his home, and that the order did not even include any name.

“This home belongs to my father Ahmad Abdul-Razeq, he lived here with my family for the last 45 years,” Walid said, “He even got married in this home; my father died nine years ago.”

“Now, I live here with my wife, our five kids, and my mother”, he added, “The oldest of my children is 15, while the youngest is just two years of age.”