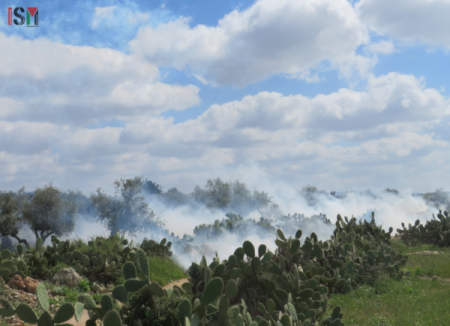 On an almost daily basis, Israeli forces in Al Khalil harass and arrest local and international human rights activists as they try to do their tasks.
ISM Press Releases March 23, 2015

In the past, the children of Al Khalil have routinely detained, searched, arrested or attacked with tear gas, stun grenades and rubber coated steel bullets, shot at them by Israeli soldiers and border police.

Throughout Palestine in general, and in particular Al Khalil, volunteers play an important role documenting day to day life under occupation. With illegal settlements in the heart of the city and daily violence from settlers under the protection of the Israeli forces, the only word to describe life here is ‘apartheid’.

Israeli forces have detained and arrested volunteers many times without reason, declaring only that they wish to prevent them from documenting these human rights abuses. The internationals’ accessibility to city areas are also being restricted by soldiers prohibiting them to pass through checkpoints.

“We are not wearing vests like Christian Peacemakers Team (CPT), for example, which makes it easier for us to pass through the checkpoints. But they don’t like us either. Only a few days days ago one of us was arrested and held for seven hours for bogus reasons, and now he’s not allowed in the city for two weeks” ISM volunteer Franceska explains.

In four different incidents within one week in late February, Israeli forces raided the ISM apartment without having a warrant or any legit reason. Franceska was in the apartment when the soldiers came:

“It was in the middle of the night, the same time they usually come to Palestinian families as well. First they threatened us with retaliation if we don’t open, and then they came back a few nights later and broke down the door. It’s clear that they want to scare us away from the city, but we are not going to leave.”