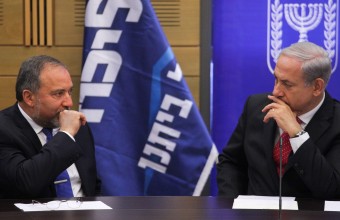 Israeli president Reuven Rivlin, on Wednesday, decided to assign Prime minister Benjamin Netanyahu to form the new government, after the Likud party won 30 seats, majority, in the Knesset elections last week.According to Israeli media, Rivlin will be handed the results before the official publication by head of the national election committee, judge Salim Jubran.

PNN reports that Israeli law gives Netanyahu four weeks to form the new government, with the possibility of a two-week extension.

Netanyahu, Tuesday, met with foreign minister Avigdor Lieberman, head of Yisrael Beitenu party. He announced that the meeting did not ‘distribute’ any ministerial portfolios.

However, Israeli second channel said that Lieberman’s request to be assigned minister of army in the next government will be denied.

Netanyahu also met with head of Kulanu party, Moshe Kahlon, and assured his intentions to assign him minister of finance, as promised.