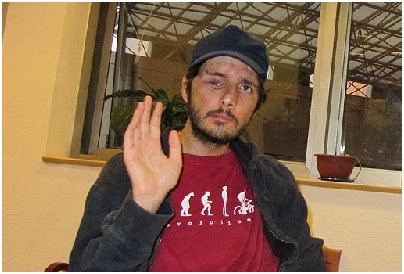 U-S peace activist Tristan Anderson had his final court hearing yesterday in his civil case against the Israeli military.Anderson was severely wounded and disabled for life in 2009 when an Israeli soldier fired a tear gas canister directly at his face at close range.

The canister hit Anderson in the forehead, splitting his head open and leading to the partial removal of his frontal lobe, blinding him in his right eye and paralyzing half of his body. Years later Tristan continues to require around the clock care because of cognitive impairment and physical disability.

The family filed a civil suit against the state of Israel after the state failed to press criminal charges against the soldiers responsible. They waited for years to have their day in court, and now that the proceedings have concluded, may have to wait years for a ruling.

According to Anderson’s partner Gabby Silverman, the court hearing on Thursday concluded the final civil proceedings of Tristan Anderson against the Israeli Military, with testimony from ‘Officer Yosi’ and ‘Commander Sharon’ of the Border Police. This ends all court appearances in the case. Both sides will submit closing arguments in writing over the next several months and some time in the future Judge Ya’akobi will issue his ruling, also in writing.