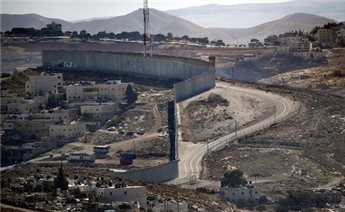 An Israeli committee has approved controversial plans for eventual construction of 2,200 Palestinian homes in occupied East Jerusalem, a spokeswoman said Wednesday, in the largest such project since 1967.NGO Ir Amim described the plan to develop the Arab Al-Sawahra neighborhood as the largest planning procedure for East Jerusalem Palestinians since Israel seized the territory in the Six-Day War.

AFP reports that Aviv Tatarsky, a researcher for Ir Amim, which works for an ‘equitable’ sharing of Jerusalem between Israelis and Palestinians, hailed the move, approved Monday by the interior ministry’s district committee.

A municipal statement said the plan was part of ‘Mayor Nir Barkat’s policy of unifying Jerusalem by reducing the gaps existing in the eastern part of the city, upgrading the standard of living and assuming responsibility for all activities … in Arab neighborhoods.’

The plans were put forth by Barkat in 2009, but were not advanced due to objections from right-wing politicians until Sept. 2014, when they were approved by Jerusalem’s Israeli local planning committee.

According to Tatarsky, they enable Palestinians to build homes on their privately owned lands by rezoning from ‘open space’ to ‘residential.’

A major strategy of Israeli limitation on Palestinian building rights has been through the rezoning of their private land to ‘open space,’ which allows the state to demolish their homes if they engage in any construction. Open land is regularly rezoned to residential for Jewish settlements built in the area, however.

Tatarsky said that Palestinian landowners will now be able to plan the homes and receive approval and that it would take years until construction can begin.

He said Palestinians in East Jerusalem suffer severe shortages of private and public structures due in part to Israel’s control over the occupied territory.

While the plan does not solve the entire shortage of homes in East Jerusalem, ‘it is an important initial step’ for which Barkat deserves credit, Tatarsky said.

Barkat’s master plan there includes construction of homes as well as roads, infrastructure and public institutions, and is an attempt to stem a widespread phenomenon of illegal building, the municipality said.

Israel seized East Jerusalem from Jordan in the 1967 war and later annexed it in a move never recognized by the international community.

It refers to Jerusalem as its ‘united, undivided capital’ and does not see construction in the eastern sector as settlement building.