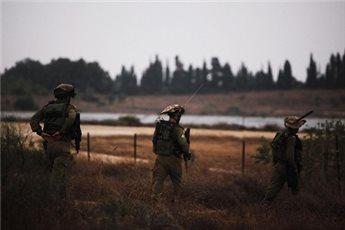 One was hit in their lower extremities while the injuries of the other two are not yet known.

An Israeli army spokeswoman said she was looking into the incident.

Israeli forces have repeatedly opened fire on Palestinian civilians near the border since the ceasefire agreement signed Aug. 26, 2014 that ended a devastating summer long assault on the region by Israel.

In February alone, there were a total of 26 incidents of shootings, incursions into the Strip, and arrests, according to the Palestinian Center for Human Rights.

The attacks come despite Israeli promises at the end of the ceasefire to ease restrictions on Palestinian access to the border region near the ‘security buffer zone‘.