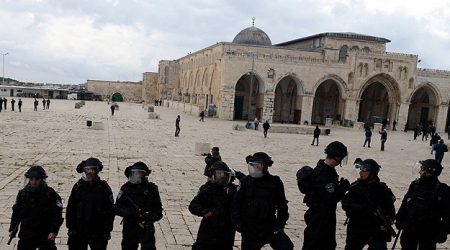 They later re-opened all entrances except for the Iron Gate.

A spokesperson for the Islamic endowment, or Waqf, said that Israeli police held worshipers’ ID cards as they entered the compound, using their personal details as leverage to ensure that Israeli restrictions were respected.

Witnesses said that a group of right-wing Israelis raided the compound on Monday, entering the Moroccans Gate and leaving from the Chain Gate.