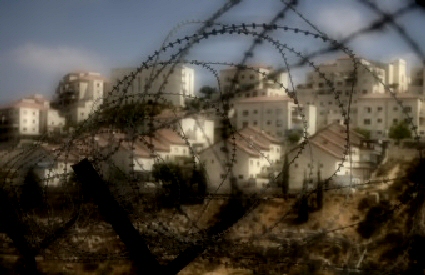 Israeli forces, Wednesday, took over a thousand dunams of Palestinian-owned land located between the towns of Beit Ummar and Beit Fajjar, in the Hebron district, for the benefit of settlement expansion, according to a local activist.Anti-settlement activists in Beit Ummar, Yousif Abu Maryya, informed WAFA Palestinian News & Info Agency that Israeli forces, along with settlers from the nearby illegal Israeli settlement of ‘Migdal Oz’, placed a 2,600-meter-long fence around one thousand dunams belonging to Palestinian farmers in the area to expand the aforementioned settlement.

He said that farmers and land owners gathered at the scene and attempted to prevent the bulldozers from razing the land, but were prevented by Israeli soldiers who denied them access to the area.