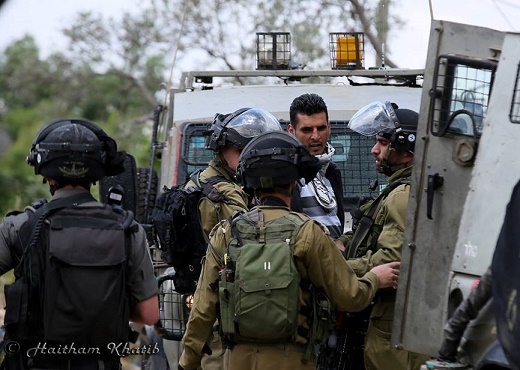 The Committee added that four military vehicles invaded the village, and kidnapped Samer Mohammad Bornat, 45, before taking him to an unknown destination.

The protest started in the center of the village, heading towards Palestinian orchards before the soldiers assaulted them, firing rubber-coated metal bullets, gas bombs and concussion grenades.

The soldiers also chased dozens of protesters in the olive orchards, and in various streets in the village, while firing gas bombs, wounding many Palestinians and a number of Israeli and international peace activists.

During the procession, the protesters carried Palestinian flags and posters while chanting slogans calling for national unity, ending the illegal Israeli occupation, and the release of all political prisoners.

The Popular Committee denounced the illegal Israeli policies against the detainees, especially denying them the right to proper medical attention, and strongly condemned the death of former detainee, Ja’far ‘Awad, who died on Friday at dawn of serious complications.

The Committee demanded the International Community and all human rights, and legal groups, to hold Israel accountable for its crimes.