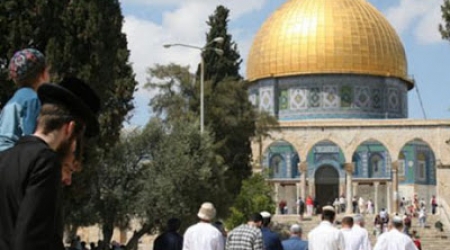 Al-Debes pointed out that the Palestinian worshipers confronted the sttler incursions, and prevented them from performing Talmudic rites within the compound.

He explained that the Israeli police seized the personal cards of a number of worshipers within Al Aqsa, in an attempt to inhibit their resistance.