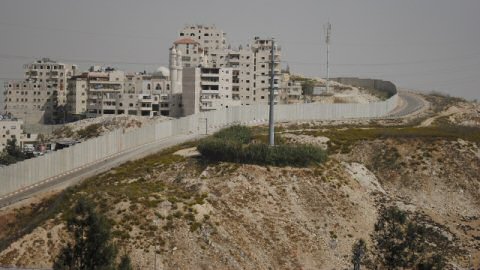 Israeli authorities, Monday, seized the content of a Palestinian-owned store in the village of Hazma, northeast of Jerusalem, according to local sources.Witnesses at the scene told WAFA correspondence an Israeli police force broke into the village and searched the store before seizing its content, mostly consisting of construction material and work equipment, pretending that the content was “illegal”.

Earlier, the Israeli authorities demolished a number of private-owned barracks in the village, under the pretext they were close to the Israeli segregation barrier.

From 2006 through May 2014, Israel demolished at least 752 Palestinian residential units in the West Bank (East Jerusalem excluded), causing 3,568 people, including at least 1,712 minors, to lose their homes, according to the Israeli human rights group, B’Tselem.