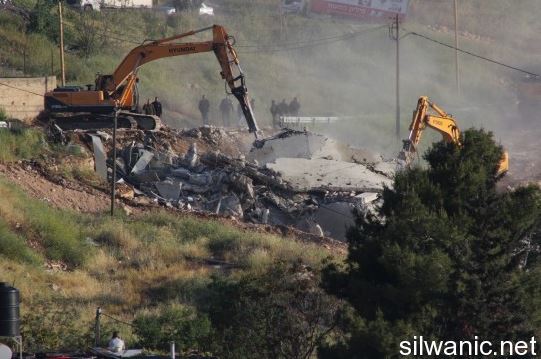 Israeli soldiers demolished, on Tuesday at dawn, an under construction four-story residential building of 320 Square/Meters, in Wad al-Jouz neighborhood, in occupied East Jerusalem. Army kidnapped two Palestinians in Silwan.The Wadi Hilweh Information Center in Silwan (Silwanic) said the soldiers, accompanied by employees of the Jerusalem City Council, invaded the neighborhood after surrounding it, and demolished the building.

The building was demolished approximately at four at dawn when the soldiers invaded Wad al-Jouz after declaring it a closed military zone to prevent residents, and even journalists from entering it.

Silwanic added that the fourth floor of the building was already furnished and ready for rental, while the three other floors were still under construction.

Earlier this year, Israel ordered the owners to stop the construction, and they complied while continuing to file appeals in an attempt to conclude the legal work.

The construction started in September of 2014, and on December 19 of the same year, the City Council decided to demolish the building.

The owners then went to court and managed to delay the destruction several towns, and continued their efforts to obtain all legal permits, but were constantly met with rejection from the Israeli side.

In addition, soldiers invaded Silwan town, south of the Al-Aqsa Mosque in Jerusalem, and kidnapped three young men identified as Fuad al-Qaaq, Ali Da’na and Abed Walid Salayma, and moved them to the al-Maskobiyya interrogation and detention facility. 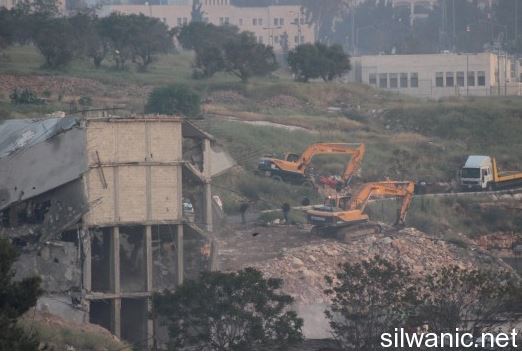