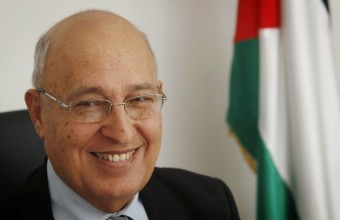 Nabil Shaath, PLO central committee member and the International commissioner for the organization, said on Sunday that the Palestinian committees working on the Israeli war crimes case will file lawsuit against Israeli occupation authorities at the ICC, in Lahai, within the next two months.Shaath, in a statement to Al Khalij Online said that all the sub-committees following the basic committee on Israeli war crimes, are working day and night to collect evidence and documents to submit to the ICC. Documents include evidence regarding the Israeli settlement expansion, and the last offensive on Gaza which killed more than 2,200 people according to UN statistics.

PNN reports that defacto Palestinian President Mahmoud Abbas, back in February, announced that he had formed a committee tasked with following up on the Palestinian complaints against Israel at the ICC.

Palestine officially became a member in the ICC on April 1st, after its statehood bid fell through at the United Nations in January, drawing fresh opposition from Washington, a close ally of the Zionist state.

The committee, headed by Palestinian Chief Negotiator Saeb Erekat, consists of 31 Palestinian politicians of all stripes, academics and human rights activists, as well as representatives of Palestinian institutions such as the ministries of justice and foreign affairs.