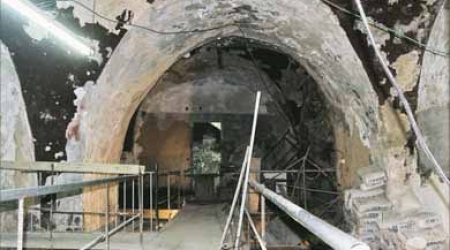 They use the tunnel contrary to the both the law and the state’s position, according to a petition submitted to the Supreme Court.

The report added that Emek Shafeh organization — including scientists who protest the political use of their job — had submitted a petition to use the tunnel which was dug in the past eight years by antiquities authorities and funded by Elad settlement foundation.

Israel frequently permits excavations and archaeological digs in occupied East Jerusalem, specifically around Al Aqsa Mosque, which threaten the structural integrity of Palestinian homes and holy sites in the area.

In 1967, Israel demolished the 800-year-old Moroccan Quarter of Jerusalem, displacing 650 Palestinians and destroying numerous mosques, homes and holy sites, in order to build a plaza in front of the Western Wall.

Israel also evicted around 6,000 Palestinians from nearby areas in order to massively expand the city’s historic Jewish Quarter.