Prisoners Day Report on Palestinian Detainees, Their Sufferings and Their Plight 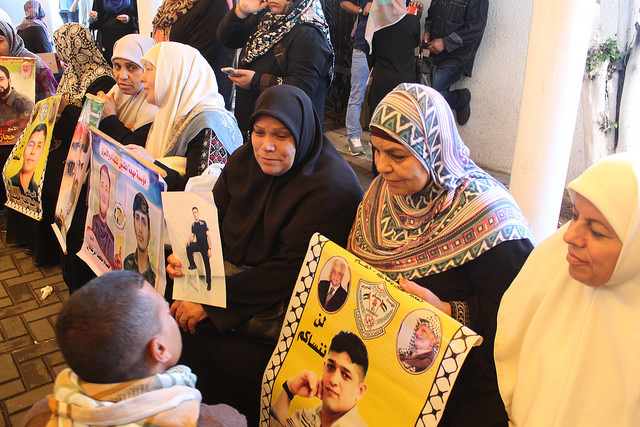 April 17 is Palestinian Prisoners Day, the day of National, Arab and international solidarity with Palestinian political prisoners, held by Israel and facing serious, continuous (and escalating) Israeli violations. Marking this important day, the Palestinian Detainees’ Committee issued this comprehensive report to document the ongoing suffering of the detainees, and to highlight their cause around the world.

The Palestinian National Council, the highest authority of the Palestine Liberation Organization (PLO), held a meeting on April 17, 1974, and decided to declare this day a day of solidarity with all detainees, to support their struggle, and to act in solidarity with the detainees and their constant battle for freedom.

The day is also meant for solidarity with the families of the detainees, and their own ongoing suffering.

Since then, April 17 has become Palestinian Prisoners Day, marked in Palestine and in various places around the world, in cooperation with human rights activists.

This year, April 17 comes amidst escalating Israeli violations, increasing abductions of Palestinians in different parts of occupied Palestine, and durig every hour of the day and night.

The arrests target every segment of Palestinian society, while Israeli soldiers have kidnapped, since 1967 until April of 2015, around 850,000 Palestinians, including 15,000 women and thousands of children.

According to detailed documentations of the Palestinian Detainees Committee, Israeli soldiers carried out more than 85,000 arrests, including 10,000 arrests of children and 1,200 women, in addition to 65 former government ministers and legislators, and issued at least 24,000 arbitrary Administrative Detention orders, holding thousands without charge or trial.

“The arrests and the procedures used by Israel are held in direct violation of International Humanitarian Law; the detainees are tortured, physically and emotionally abused,” the Committee said. “100% of the kidnapped Palestinians said that they face at least one form of torture, mainly physical, but also emotional, and were subject to humiliation in front of their families, or the public in general.”

The Committee also noted a serious escalation in the abduction of children, especially over the last four years, as soldiers kidnapped 3,755 children, including 1,266 who were kidnapped in 2014.

Israel’s violations against children do not stop here, but also include repeated assaults and excessive use of force against them, including the use of deadly military force.

The first quarter of 2015 witnessed the abduction of more than 200 children who were then abused, mistreated and intimidated, in addition to being denied their basic rights, an issue which poses a serious threat to their development and to their future.

The Detainees In Numbers:

– 6,500 Palestinians still imprisoned by Israel, among them are;
1. 480 detainees sentenced to at least one life term.
2. 200 children.
3. 24 women, including four children.
4. 14 legislators and one government minister.
5. 30 detainees held before the Oslo Accord of 1993.
6. 16 detainees who have been imprisoned for more than 25 years, including Karim Younis and Maher Younis, who were kidnapped 33 years ago.
7. 85 former detainees, who were released under the Shalit Prisoner Swap Agreement, and were kidnapped again, afterwards; most of them served at least 20 years before the Shalit deal.

The detainees are beaten and humiliated, face degrading remarks and confrontations, especially during their transport to interrogation and detention centers, and are subject to torture and intimidation.

They also face threats of physical, even sexual, harm to them and their families, in addition to extremely difficult living conditions; they are frequently denied family visits, and face provocative bodily searches, and are also denied access to education.

The Detainees’ Committee said that there are seven women detained who also have husbands, sons or brothers imprisoned by Israel, and are not allowed to see them or talk to them.

More than 1,500 detainees suffer from various diseases and health issues, largely resulting from the lack of medical attention, contaminated cells and rooms, torture and abuse, while 16 of them are contently living in the Ramla Prison Clinic, suffering from paralysis and other disease, while many require surgeries, with outside doctors not allowed to even examine them, much less treat their afflictions.

Many detainees develop psychological conditions due to ill treatment, extremely difficult living conditions, malnutrition, humid and dirty cells, in addition to being placed in overcrowded rooms.

Several detainees were kidnapped after being shot by Israeli soldiers, and were tortured, including by way of beatings on preexisting wounds during interrogation, in an attempt to extract information and confessions.

Administrative Detention is the unknown enemy which thousands of detainees face; it is detention without charge and without trial, lawyers cannot defend the detainees as Israel claims it has a “secret file” on each detainee, a file not accessible for even the lawyers.

An Administrative Detention order is usually between one and six months, issued by military commanders in the occupied territories, who base their rulings on “military and security considerations.”

Such orders are frequently renewed, in many cases exceeding ten times, while the detainees end up being held for more than five years without any charge.

Deaths Among The Detainees

The Detainees’ Committee has documented 206 deaths since 1967, among them are 71 who died due to extreme torture, 54 due to lack of medical attention, 74 executed by the soldiers after their arrest, 7 were shot dead by soldiers and prison guards, in addition to dozens who died, following their release, of illnesses and diseases they suffered while imprisoned.

The Committee added that Israel also released a number of detainees after their health conditions became terminal, and that they died shortly after.

Some of them have been identified as Hayel Abu Zeid, Morad Abu Sakout, Ashraf Abu Threi’, Zakariyya ‘Issa, Seitan al-Waly, Zoheir Lubbada, Hasan Torabi and many others, including the latest casualty, Ja’far ‘Awad, age 26, who died on Friday, April 10.

The Detainees’ Committee calls on the Palestinian People, in Palestine and around the world, on the Arab and Islamic Nations, and every person who believes in justice and freedom around the world, to mark April 17 every year, to always act in solidarity with the detainees and their cause.

It urges them to practice pressure on their governments, human rights groups and various organizations, in order to support the struggle of the detainees, and to oblige Israel to respect International Law.

The Committee added that the struggle must continue until all detainees are released, as a perquisite to real, comprehensive peace and justice, and affirmed that there can be no peace, security and stability in the region without the freedom of all detainees, and the independence of Palestine.