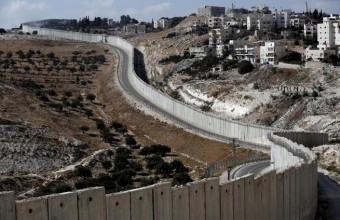 Palestinian police officers, for the first time, have taken on duties in three designated West Bank areas just outside Jerusalem, sources said Thursday. The officers were deployed to Abu Dis, Al-Ram, and Bidu, Palestinian police spokesperson Louay Erzikat told AFP Thursday. He went on to say that the deployment was carried out with ‘coordination with the Israeli authorities.’

According to officials, Palestinian police forces opened new stations in all three of the designated areas.

A spokeswoman told AFP that the new Palestinian police presence will maintain order in “area B surrounding Jerusalem,” previously underserved by law enforcement.

PNN further reports that Oslo II, the second round of the 1993 Oslo peace accords, divided the occupied West Bank into three designated areas of control, known as areas A, B, and C.