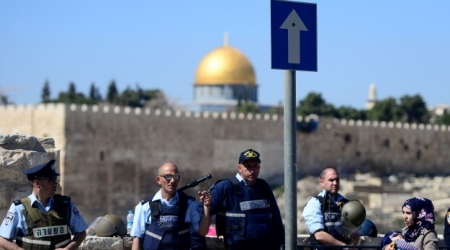 One of these groups attempted to perform Talmudic prayers to provoke Muslims worshipers, but were prevented from doing so, sources added.

The Palestinian prayers and guards responded to the settlers’ threats with chanting since early morning, as Al Aqsa yards witnessed a heavy presence of Israeli special forces who were focused at the gates, where they checked citizens’ IDs.

A state of tension prevailed at Al Aqsa after the provocative visits of the settlers.

Extremist Israeli settlers and politicians have been violating the sanctity of al-Aqsa Mosque on an almost daily basis and always under the protection of armed occupation forces, which often attack Palestinian worshipers who try to protect the holy site.