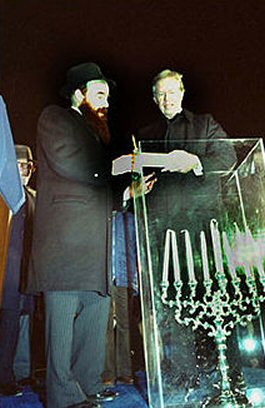 Israeli President Reuven Rivlin and Prime Minister Benjamin Netanyahu have turned down a request from Jimmy Carter to meet during his upcoming visit to the occupied Palestinian territories, because of the former US president’s ‘anti-Israel’ stance, according to Israeli newspaper Haaretz.Al Ray correspondence reports that, according to an unnamed Israeli official, both leaders refused to meet Carter, following consultations between the Israeli foreign ministry and the national security council of the premier’s office.

The foreign ministry urged Rivlin and Netanyahu to refrain from meeting the 90-year-old due to his ‘anti-Israeli stance’ over the last few years, according to the official.

The report said that Israel has allowed Carter to visit the besieged Gaza Strip during his visit.

Meanwhile, a top diplomatic official in an interview with Israel’s Channel 10 described Carter as “a disaster for Israel,” adding that all Israeli leaders should shun the former president.

Carter is purportedly set to travel to the occupied territories sometime in the next 10 days in order to meet with Israeli and Palestinian leaders.

He has openly criticized the Israeli regime’s policies and those of Netanyahu over the past several years.
During Israel’s latest aggression against Gaza in summer 2014, Carter said that there was “no justification in the world for what Israel is doing.”

He has also called for the removal of the Palestinian resistance movement, Hamas, from the US State Department’s list of terror organizations.

Carter came under harsh criticism in Israel over his 2006 book “Palestine: Peace Not Apartheid”, in which he wrote, “Israel’s continued control and colonization of Palestinian land have been the primary obstacles to a comprehensive peace agreement in the Middle East.”

In 2013, the former US head of state called on the European Union to label products from the Israeli settlements in the occupied West Bank, saying they are illegal under international law.