Palestinian Shot and Injured by Israeli Soldiers near Khan Younis 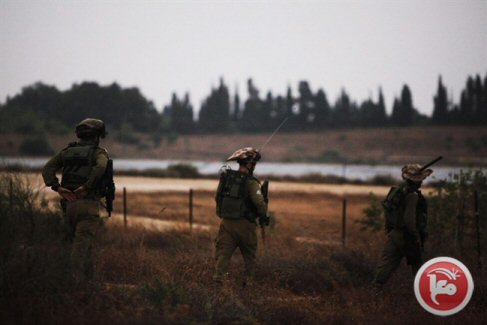 He has been taken to a hospital for treatment, while an Israeli army spokeswoman said she was looking into the incident.

Israeli forces have repeatedly opened fire on Palestinian civilians near the border since the ceasefire agreement signed Aug. 26, 2014 that ended a devastating 50-day war between Israel and Hamas.
In March alone, there were a total of 38 incidents of shootings, incursions into the Strip, and arrests, according to the Palestinian Center for Human Rights (PCHR).

That was up from 26 incidents through February, and left seven Palestinians injured and one dead.
The attacks come despite Israeli promises at the end of the ceasefire to ease restrictions on Palestinian access to the border region near the ‘security buffer zone’.

The group said, according to Ma’an News Agency: ‘The precise area designated by Israel as a ‘buffer zone’ is not clear and this Israeli policy is typically enforced with live fire.’

Israeli soldiers fired, on Friday at dawn, three artillery shells into an area in the northern part of the Gaza Strip, while navy ships fired dozens of rounds of live ammunition into the Gaza shore.