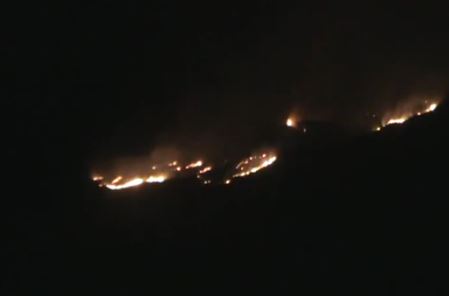 The Israeli Air Force fired missiles, late on Friday at night, into military targets belonging to the Syrian Army, and the Lebanon-based Hezbollah party, in the al-Qalamoun area on the Syrian-Lebanon border. Media sources said the strikes targeted two military locations equipped with strategic and long-range missiles.

The office of Israeli Prime Minister, Benjamin Netanyahu, and the Israeli army, refused to comment on the attacks, and said, “they don’t respond to foreign reports,” Israeli daily Haaretz reported.

The Al-Arabiya News TV said the Israeli strikes led to at least one fatality, and that the attack came following a similar bombing that, on Wednesday, targeted what has been described as “weapon’s convoy of Hezbollah fighters.”