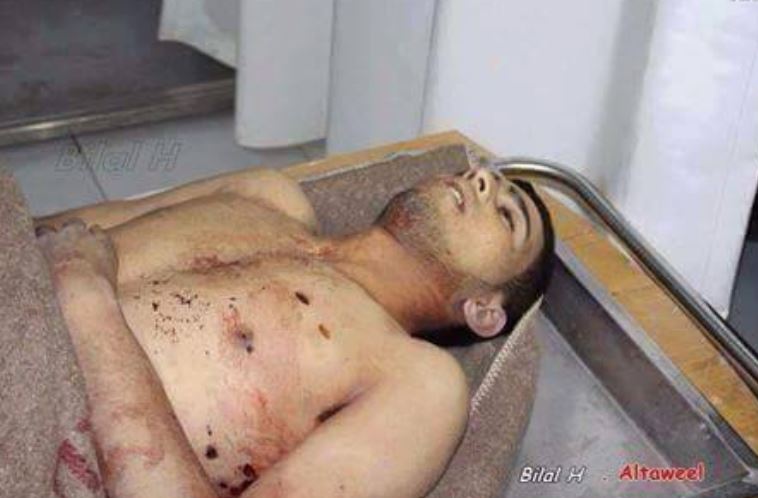 Thousands of Palestinians participated, Sunday, in the funeral procession and ceremony for the young man who was killed on Saturday by Israeli army fire near the Ibrahimi Mosque, in the southern West Bank city of Hebron.The Israeli military claimed that the soldiers shot and killed Mahmoud Yahia Abu Jheishe, 20 years of age, “after he stabbed a soldier.”

Abu Jheishe was buried in a graveyard in his hometown of Ethna, west of the southern West Bank city of Hebron. He was shot with an expanding bullet which detonates upon impact.

His family stated that he went to the Ibrahimi mosque to pray, and strongly denied the Israeli allegations, adding that Israel just wants to justify its crimes.

The father said that he and other family members had no idea their son was dead until they saw his pictures posted by media outlets, and demanded Palestinian leadership to include his case in its file of Israeli war crimes that is to be submitted to the International Criminal Court.

The mother could not attend the funeral because she is in Mecca, on religious pilgrimage.

The slain Palestinian could not be immediately identified, as he did not carry any personal documents when he was killed, and was only identified later on Saturday, after the soldiers allowed the transfer of his body to the Palestinian side.