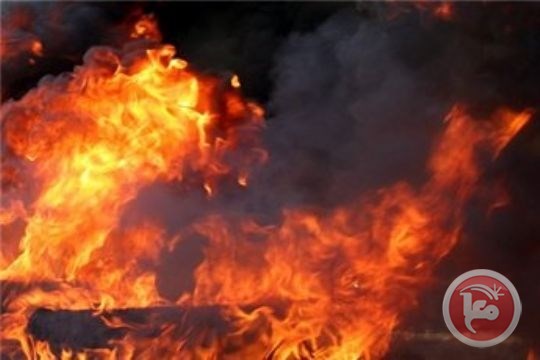 A fire sparked by an Israeli military drill swept across thousands of dunams of Palestinian farmland in the northern Jordan valley, Monday, the Palestinian civil defense said.Some 3,000 to 4,000 dunams of farmland in the Humsa area of eastern Tubas district were affected by the fire after Israeli forces opened fire during a military exercise, according to Ma’an News Agency.

The district of Tubas is one of the occupied West Bank’s most important agricultural centers, and the civil defense said that the land had been planted with wheat and barley.

Tubas Governor Rabih al-Khandaqji condemned Israeli ‘violations’ in the area, deliberately aimed at ‘displacing people from their lands and deliberately inflicting grave losses to their resources’.

Civil defense crews arrived from Qalqiliya and Nablus to fight the fire, but were prevented from reaching the area, as Israel has declared it a closed military zone.

The majority of the Jordan Valley is under full Israeli military control, despite being within the Palestinian West Bank.

According to the Applied Research Institute of Jerusalem, more than 15,000 dunams of land in the Tubas district have been confiscated by Israel for military bases with a further 8,000 dunams seized for illegal Israeli settlements.