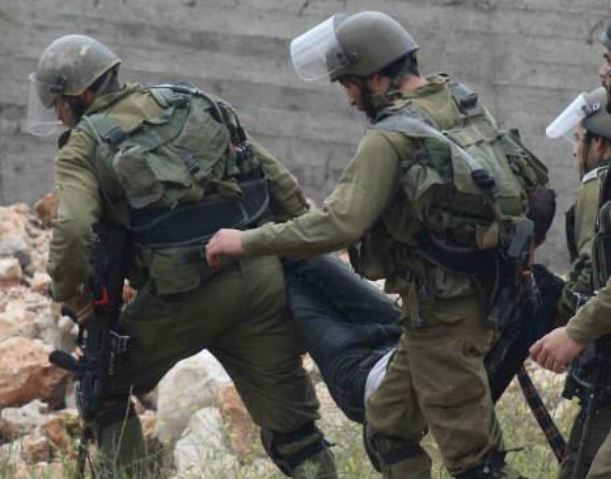 Israeli soldiers kidnapped, on Wednesday at dawn, nine Palestinians in Hebron, three in Bethlehem, and one Nablus. Clashes took place in Nablus, and the soldiers conducted live fire training in different areas of Jenin.
Mohammad ‘Ayyad ‘Awad, spokesperson of the Popular Committee against the Wall and Settlements in Beit Ummar town, north of southern West Bank city of Hebron, said the soldiers invaded various neighborhoods in the town, stormed and violently searched scores of homes, and kidnapped nine Palestinians, including five former political prisoners.

The invasion led to clashes between local youths and the soldiers; the youths hurled stones, empty bottles and Molotov cocktails on the invading army vehicles, while the soldiers fired rounds of live ammunition, and concussion grenades.

Several military vehicles also invaded the Dahiya area, east of Nablus, while military helicopters hovered overhead. Clashes took place in the Schools and az-Zaghloul streets, in Nablus, in addition to the Market Street in the Balata refugee camp.

The army also invaded Jaba’ town, south of the northern West Bank city of Jenin, and searched the home of political prisoner, Mohammad ‘Asad Ghannam, before interrogating his family.

It is worth mentioning that dozens of soldiers conducted training using live fire, helicopters and paratroopers, in the al-Jabreyyat neighborhood in Jenin city, and the nearby villages of Msalya and Qabatia, in addition to an area near a military base, behind the Annexation Wall.

The military base was built on Palestinian lands belonging to residents of Barta’a ash-Sharqiyya village.