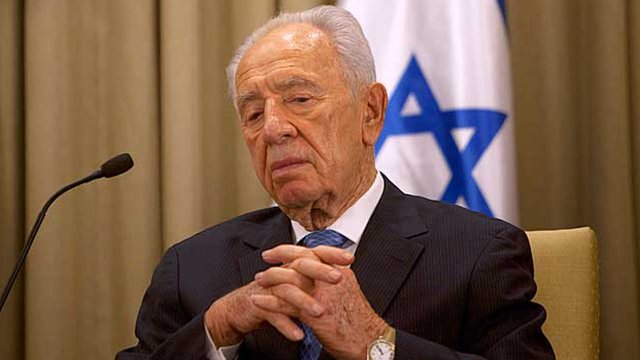 The name of former Israeli President Shimon Peres has been removed from the official guest list of the Clinton Global Initiative Middle East and North Africa Conference in Marrakech.It was announced last week that Israel’s former president, Shimon Peres, would be in attendance at the CGI MENA Conference beginning May 5th, in Marrakech, Morocco.

Following May Day demonstrations in the North African kingdom protesting the veteran Israeli politician’s participation, it has been announced that his invitation was rescinded on Sunday.

Moroccan labor and trade unions have called for ceasing all policies of normalization with Israel, which is understood to be partially responsible for Peres being disinvited.

On Friday, thirty Moroccan civil and political committees released a joint statement condemning Peres’ visit to Morocco. Also, Friday, a group of human rights lawyers filed papers demanding his arrest for war crimes upon his arrival in the Kingdom.

Additionally, Hamas government agencies in Gaza had written to Moroccan officials asking that the infamous Israeli politician be blocked from entering Morocco.

The Moroccan government has not responded to any of the calls to arrest or deport Peres. It was noted on Sunday that his invitation had been rescinded and he would not be attending the conference.

Morocco and Israel have not had diplomatic relations since the Kingdom closed Israel’s liaison offices in Casablanca and Tangiers in 2000. Moroccan activists have been vocal in their outrage over Israel’s brutality toward Palestinians and continued illegal colonization activities.