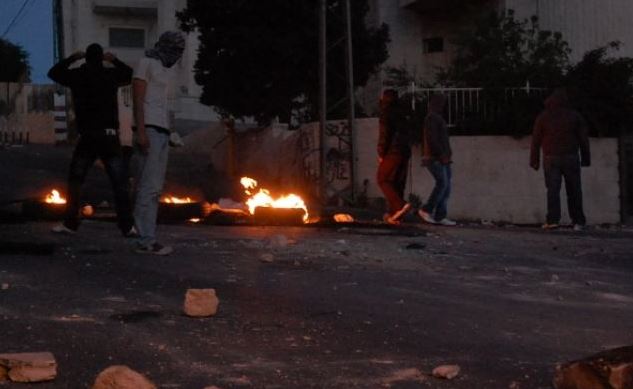 A young Palestinian man was shot and injured, on Monday at dawn, by Israeli army in Beit Forik town, east of the northern West Bank city of Nablus.Eyewitnesses told the Safa News Agency that several Israeli military vehicles invaded the town, during early dawn hours, and clashed with dozens of local youths in Dar Hasan neighborhood.

One Palestinian was shot by a rubber-coated metal bullet in his leg, while many residents suffered the effects of tear gas inhalation.

Local sources said a number of cars sustained damage, mainly to their front shields, after being struck by Israeli gas bombs and fire.

Soldiers also broke into a number of homes and violently searched them, causing excessive property damage.