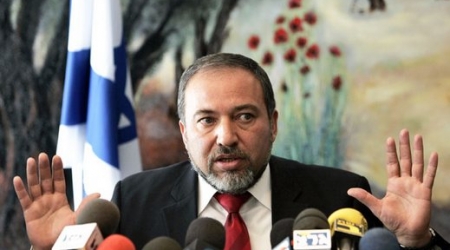 Israeli Foreign Minister Avigdor Lieberman has announced that he will resign his position and that his political party will not take part in Israel’s incoming government.According to Al Ray correspondence (Andalou), Lieberman was quoted on Monday, by Israeli daily Haaretz, as saying that the coalition government currently being set up by Prime Minister Benjamin Netanyahu was ‘the embodiment of opportunism’.

‘Our dilemma was principles, not seats [in the government],’ said Lieberman, who leads the right-wing Yisrael Beiteinu party, at a press conference in Jerusalem.

‘We did indeed receive the Foreign Ministry in full during negotiations, along with the Immigrant Absorption Ministry,’ he said.

He added: ‘We have reached the clear and unequivocal conclusion that it would not be right from our perspective to join the present coalition.’

The Likud won 30 seats in March’s Knesset (parliament) election, while its closest rival, the Zionist Union Party, came in second with 24 seats.