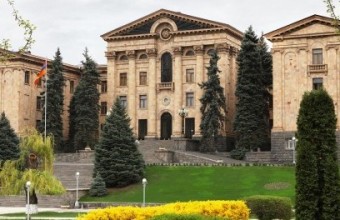 Member of the PLO’s central committee and international relations commissioner, Dr. Nabil Shaath, has announced that the Republic of Armenia will allow Palestinians to enter their land without a visa application.Shaath, on Tuesday, made a telephone call with the Armenian prime minister Hovik Abrahamyan, to look into political relationships and other issues, according to the PNN.

In a previous visit to Armenia, Shaath has also met with the Armenian Prime Minister and the Dashnak party. During the visit, Armenian officials promised a Palestinian statehood recognition.

Shaath said that there will be a new movement by Armenia to recognize Palestine, especially after it was one of the UN members who voted in favor of a Palestinian state, this past April.

Shaath concluded by saying that Palestinian-Armenian relations had a historical depth, noting that the Armenians are part of the Palestinian people, especially in the city of Jerusalem with a number of Armenian personalities who played a role in the Palestinian struggle.

Palestinians are now the largest refugee group in the world, according to UN statistics.