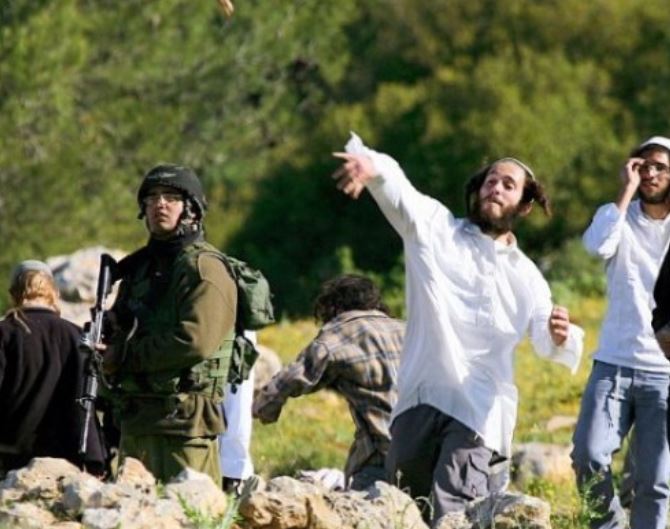 A number of extremist Israeli settlers attacked, late on Tuesday at night, a Palestinian man from Hebron, as he was near Sorra village, west of the northern West Bank city of Nablus.Media sources in Nablus said the settlers stopped a car driven by Rajeh Mosallam Nasrallah, from the ath-Thaheriyya town, in the southern West Bank district of Hebron, and sprayed his face with pepper-spray, while one of them tried to stab him.

The Palestinian managed escape, while the extremists started throwing stones on him as he fled the scene, but were unable to injure him.