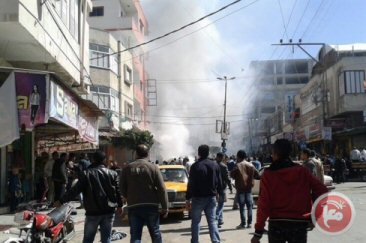 In September, three people were killed and two injured by unexploded ordnance in the neighborhood, Ma’an News Agency reports.

Over 7,000 unexploded ordnance were left throughout the Gaza Strip following last summer’s war between Israel and Palestinian militant groups, according to officials of the UN Humanitarian Coordinator for the Palestinian territories (OCHA).

Although Gaza police explosives teams have been working across the territory to destroy the ordnance and prevent safety threats to locals, lack of proper equipment due to the seven-year Israeli siege, as well as lack of resources, have hindered the effort.

Even before the most frequent Israeli assault, unexploded ordnance from the 2008-9 and 2012 offensives was a major threat to Gazans.