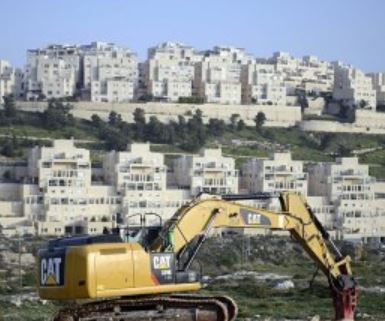 Just a few hours after Israeli Prime Minister Benjamin Netanyahu managed to form his right-wing coalition government; the “Jerusalem Planning Committee” approved the construction of 900 new homes in the ultra-orthodox illegal colony of Ramat Shlomo, in occupied Jerusalem.Israeli Peace Now Movement denounced the decision, and described it as the final green light for the actual construction of the new units.

The Jerusalem City Council Finance Committee first approved the construction in 2010 while US Vice President Joe Biden was visiting the country, an issue that “angered” the United States, especially since the decision was made while the official was still holding diplomatic talks with Israeli and Palestinian leaders.

Back then, many countries and organizations around the world denounced the Israeli decision, and considered it a harmful act that “destabilizes the efforts of reviving the stalled Palestinian-Israeli talks.”

Although Israel refrained from approving large constructions in Jewish-only colonies in the occupied West Bank and Jerusalem, constructions continued in what Israel called “already approved projects.”

After the reported “rift” between Washington and Tel Aviv, Netanyahu said the construction would not be initiated for at least two years, the Jerusalem Post said.

Following the approval of the Jerusalem District Construction and Planning Committee of the Interior Ministry, in 2012, Jerusalem Council member Yair Gabai, who is also a panel member of the said committee, described the decision as an important initial step to boost Israel’s sovereignty on every part of the city.

The Palestinian Authority denounced the decision and considered it another Israeli violation, and an attempt to foil all efforts to achieve comprehensive peace.

The Jerusalem Municipality announced that the approved constructions were just part of dozens of thousands of units that will be built in every part of Jerusalem.

The United States issued a statement denouncing the Israeli decision, and described the approval of the new units in Ramat Shlomo as a “disappointing development.”

The US said “it is committed to the two-state solution,” and that the new approval impacts Israel’s “own commitments to the peace process,” in addition to describing the Israeli decision as illegal.