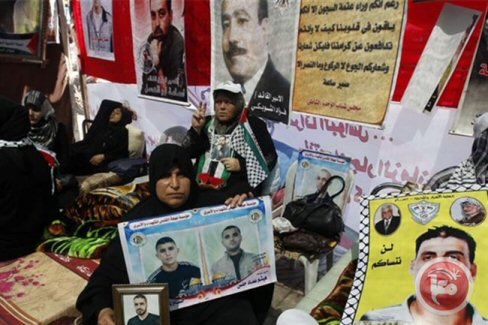 According to Ma’an News Agency, Qaraqe called upon the international community, the UN’s Security Council, and the World Health Organization to form a committee for an investigation into the conditions leading to Shalamish’s death, as well as those faced by ill prisoners held in Israeli jails.

Shalamish was released in 2006 in critical condition from complications related multiple sclerosis after being given the wrong medications, the committee added.

Shalamish’s death comes a month after the death of former prisoner Jaafar Awad, 22, who died shortly after being released due to pre-existing health complications that rapidly deteriorated while being held in Israeli jails.

Awad was reportedly given incorrect dosages in insulin shots and was released from Eshel prison after 14 months. At the time of release, Awad suffered from pneumonia, heart problems, and thyroid and pancreas complications, Qaraqe told Ma’an at the time.

Director of the Palestinian Prisoner’s Society in Hebron, Amjad al-Najjar, said that the number of prisoners ‘killed by Israel’ had hit 209 at the time of Awad’s death, pointing out that Awad ‘is not and will not be the last one killed’ by the policies of ‘medical neglect’ carried out by the Israeli authorities against prisoners.