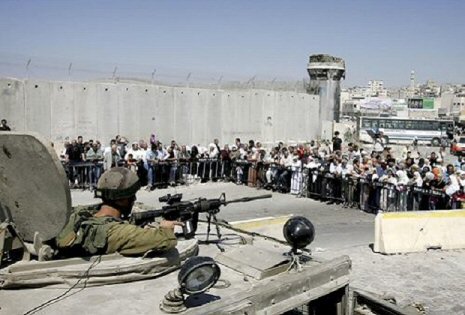 Due to ongoing aggression against Palestinians, the European United Left group of MEPs demanded, on Friday, the abolition of partnership deals with Israel.The demand was made in the wake of the acknowledgement by dozens of Israeli soldiers who took part in the last summer’s Israeli offensive on Gaza that they targeted civilians intentionally; some claimed that they targeted Palestinians “for fun”.

In addition to witness statements regarding the actions of Israeli soldiers, he noted that there is a United Nations report which proves that Israel killed 44 civilians and wounded 227 others in UN shelters, during the 2014 Israeli war against Palestinian civilians.

Vaina said that the Geneva Conventions ban aggression against the offices of humanitarian organisations. “As such, we demand an end to economic preferences and dealing with this aggressive state.”

He pointed out that Israel signed an agreement, in 2000, which guarantees human rights, but that the state violates it repetitively.

As an example, he cited Israeli violations in respect of 26 foreign activists on 3 May, when police cracked down on a peaceful demonstration in Tel Aviv against institutional violence and racial discrimination targeting Ethiopian Jews.