Palestine to EU: No Funding for Elbit 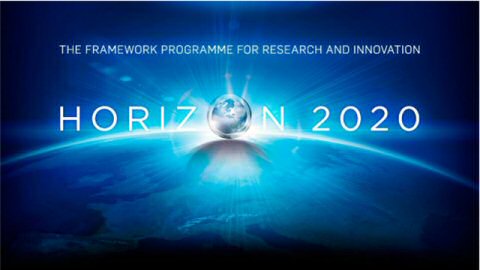 Israeli military companies should be excluded from Horizon 2020, a new EU research and innovation programme to which Israel is a partner, say over 30 Palestinian coalitions, trade unions and civil society groups.In a letter last week to EU foreign policy chief Federica Mogherini, the groups state that “Considering the repeated and systematic acts of aggression, war crimes and violations of international law committed by Israel, the exclusion of Elbit Systems or other Israeli military and homeland security companies from the Horizon 2020 framework seems a necessary step towards an EU policy that effectively promotes human rights and international law in Palestine.”

Grounded in a report on EU funding for Elbit Systems, the letter notes that Elbit and other Israeli military and security companies are applying for participation in Horizon 2020.

“The EU’s relationship with Elbit Systems is a clear example of EU complicity with Israeli violations of human rights”, the groups write. “Elbit Systems is Israel’s largest military company and its drones, weapons and other technology is a key part of Israel’s military apparatus and participates with the construction of Israel’s Wall, which was ruled illegal by 2004. Elbit Systems technologies have been developed during the course of Israel’s military actions and the company markets its technology as “field tested”, by which it means its technology has been tested on Palestinian civilians. Any funding to or cooperation with Elbit Systems represents a form a support for activities and its contribution to Israeli violations of international law.”

“EU support for Elbit and other companies would further risk contradicting the standards and policies of the EU and its member states”, says the group, including “The EU’s general commitment to upholding and promoting international law….and the EU’s own commitment not to fund dual technology”.

“We therefore ask you to…stop any cooperation with Elbit Systems and other Israeli military and homeland security companies within Horizon 2020, as a necessary step towards an EU policy that effectively promotes human rights and international law in Palestine.”

Israel signed Horizon 2020 in June of last year, becoming the only non-European country to be a full partner in the programme.

The signature was made possible after the sides reached an agreement over guidelines which bar all funding for entities operating on land seized during the 1967 Middle East war.

Israeli university heads lobbied the Israeli government to reach an understanding with the EU, stating that ‘great harm’ would come to Israeli universities and research should Israel not be a part of the Horizon 2020 programme.

Under terms of the agreement, Israel may add an appendix stating its non-recognition of the aforementioned guidelines.