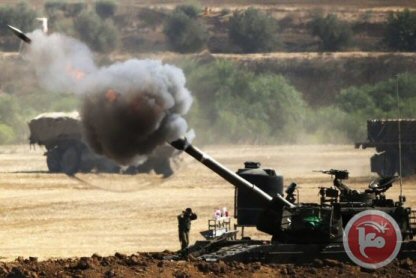 The general responsible for Israel’s border with the Gaza Strip says that continued rule by Hamas is necessary for its stability, Israeli media reported Tuesday.’The alternative would be the Israeli military and chaos in governance,’ top-selling Yediot Aharonot quoted Major General Sami Turgeman as telling heads of southern Israel local authorities in the Gaza border area on Monday.

The military spokesman’s office told AFP that it had no transcript of Turgeman’s remarks and therefore could not verify them.

The statement come in stark contrast to general rhetoric of current right wing Israeli politicians, including Prime Minister Benjamin Netanyahu who has consistently gained support through vocal condemnation of the Hamas movement.

Israel launched a 50-day war on Hamas in Gaza last year, in which about 2,200 Palestinians were killed, the majority civilians, and 73 died on the Israeli side, most of which were soldiers in combat.

Rightwing politicians, including members of Netanyahu’s cabinet, criticized an August 26 truce, saying that the military should have kept up its offensive until Hamas was removed from power.

Netanyahu is in the process of trying to get a center-right government confirmed by a restive parliament, and is hoping to entice hardline former foreign minister Avigdor Lieberman to reverse his decision to take his Yisrael Beitenu party into opposition.

Lieberman said his departure from Netanyahu’s coalition was related to a dispute over ‘principles.

During negotiations, Lieberman had reportedly demanded that Netanyahu commit to the ousting of Hamas as the de facto power in Gaza, but stepped out of the coalition partially due to his belief that Netanyahu had no intention of doing so.

Turgeman’s remarks show an alternative narrative regarding Hamas. Yediot quoting Turgeman as saying, ‘The struggle against Hamas is not a military war, ‘Anyone who thinks that the struggle between us and Hamas is just a matter of applying military force against one another doesn’t correctly understand the situation.

‘We have an interest in someone being responsible for the strip, because otherwise there will be chaos there and the state of security there will be far more problematic,’ he said.

‘Israel and Hamas have common interests, of peace and quiet for growth and prosperity, even in the present situation.’

Hamas is under severe economic pressure as a result of an Egyptian crackdown on smuggling through tunnels under the border as well as a seven year Israeli blockade placed on the strip.

Foreign diplomats and aid agencies have voiced concern that a weakened hold on power could prompt Hamas to resume fighting or cause it to lose ground to more radical Islamist groups.

Aid agencies have also repeatedly warned that tensions would remain high inside of the Gaza Strip if Israel did not ease the blockade to allow reconstruction after last summer’s war.

‘The alternative is to try to find periods of quiet, as much as possible,’ Turgeman said, arguing against rightist proposals that Israel retake sovereignty over the coastal enclave.

Also of interest: Israeli Soldiers Describe ‘Losing Their Sense of Morality’ During the Gaza Conflict