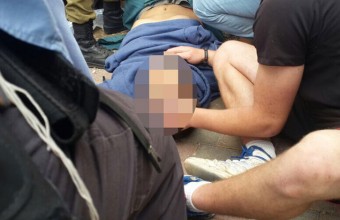 Three Israeli settlers were wounded, Thursday afternoon, at crossroads near the illegal settlement of Gush Etsion, south of Bethlehem.Walla Israeli news site said, according to the PNN, that ambulances reached the area to aid the wounded. Medics reported one injury as moderate to severe, while the other two had light wounds.

Israeli sources claimed that the assailant was a Palestinian from Hebron, who proceeded with the attack in a yellow plate (Israeli) car and, then, fled the scene.

Sources also claimed that the assailant stole the car from Tsur Hadasa settlement.