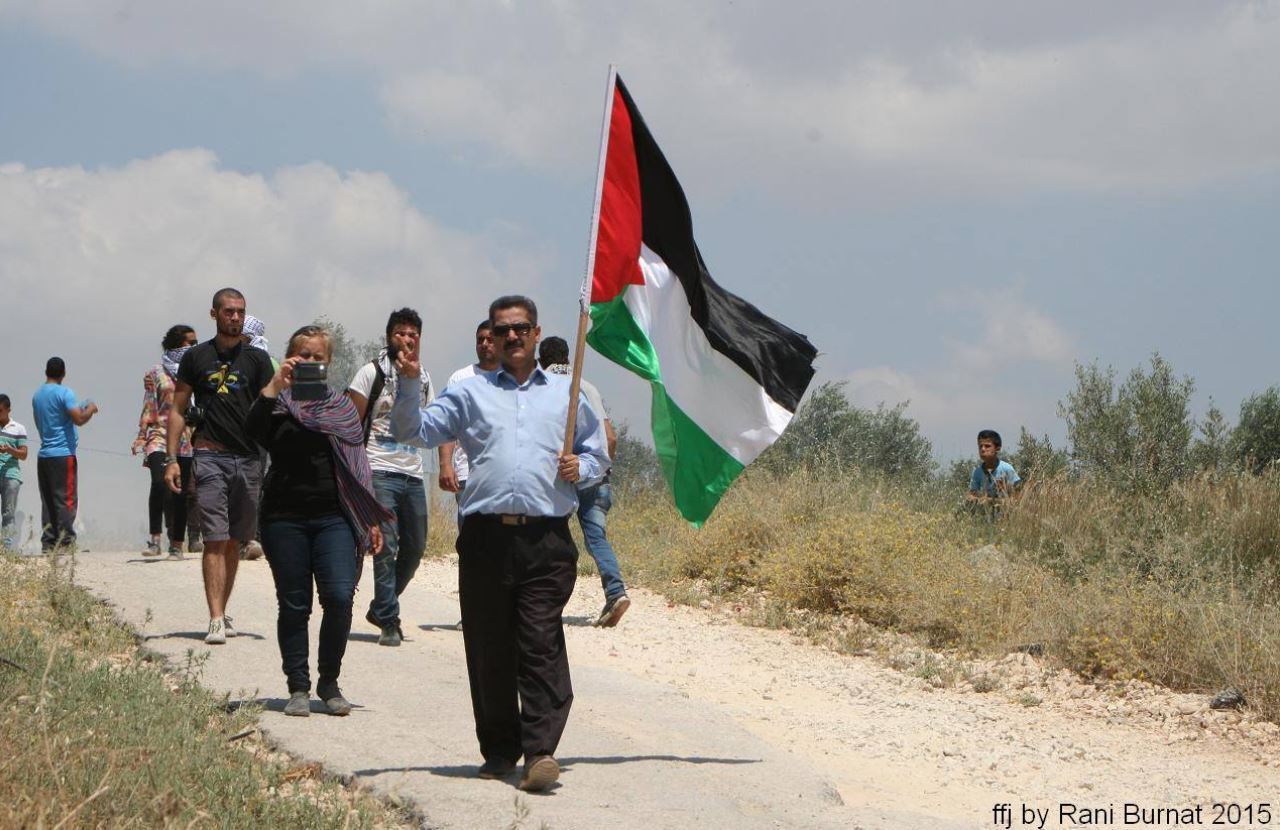 The Popular Committee against the Wall and Settlements in Bil’in village, near the central West Bank city of Ramallah, has reported that Israeli soldiers have attacked the weekly protest, firing dozens of gas bombs and rubber-coated metal bullets.This week’s protest marks May 15, the Palestinian Nakba Day when Israel was established in the historic land of Palestine after massive expulsion of the indigenous population and the destruction of hundreds of villages and towns.

The Popular Committee said that locals, accompanied by Israeli and International peace activists, marched from the center of the village towards Palestinian orchards, isolated by the Wall and illegal Israeli colonies.

The protesters marched nonviolently, carrying Palestinian flags, and black flags commemorating the Nakba, chanted and sang for Palestinian unity, liberation, independence, and the Right of Return of all refugees.

They also chanted for th ongoing popular resistance against the Israeli occupation and its illegal colonies, and for the release of all political prisoners.

The soldiers intercepted the protest firing dozens of gas bombs and rubber-coated metal bullets, and invaded and western area of Bil’in.

They also chased the protesters through olive orchards, and in between homes in the village while firing more gas bombs, also targeting local homes with them.

The gas bombs also set fire to a number of olive trees belonging to the villagers, while residents rushed to contain the fire.