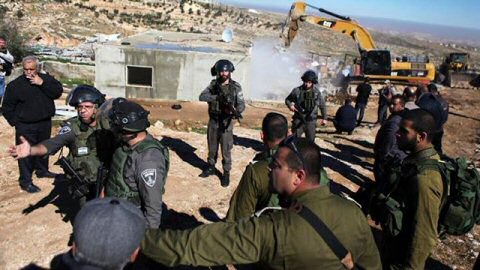 The relation between oppressor and oppressed is a paramount precondition for sustainable peace. Unless the structural distortion and illegitimacy is acknowledged, no viable political arrangement will be forthcoming.As long ago as 1998 Edward Said reminded the world that acting as if Palestinians were equally responsible with Israelis for the persisting struggle of the two peoples was not only misleading, but exhibited a fundamental in misunderstanding of the true reality facing the two peoples: “The major task of the American or Palestinian intellectual of the left is to reveal the disparity between the so-called two sides, which appears to be in perfect balance, but are not in fact. To reveal that this is an oppressed and an oppressor, a victim and a victimizer, and unless we recognize that, we’re nowhere.” [interview with Bruce Robbins published in Social Text (1998)] I would rephrase Said’s statement by substituting ‘any engaged citizen and morally sensitive intellectual’ for ‘the American or Palestinian intellectual of the left.’ We do not need to be on the left to expose the cruel hypocrisy of suppressing gross disparities of circumstances, or more to the point, blocking out the multiple diplomatic, military, material, and psychological advantages enjoyed by Israel as compared to the Palestine. “It is elementary, my dear Watson!” as Sherlock Holmes so often exclaimed, or at least it should be.

Unfortunately, a principal instrument of the mind numbing diplomacy of the United States is precisely aimed at avoiding any acknowledgement of the disparity that at the core of the encounter. As a result, the American public is confused as to what it is reasonable to expect from the two sides and how to interpret the failure of negotiations to get anywhere time and again. This failure is far from neutral. It is rather the disparity that has done the most damage to peace prospects ever since 1967: This pattern of delay has kept the Palestinians in bondage while allowing the Israelis build and create armed communities on occupied Palestinian land that was supposedly put aside for the future Palestinian state.

Beyond this appeal to intellectuals, Said’s message should be understood by everyone everywhere, and not just by Americans and Palestinians, although these are the two populations most responsible for the prolonged failure to produce a peace based on justice. Elsewhere, except possibly in parts of Western Europe, such a discourse as to shared responsibility for the ongoing struggle is not so relevant because the ugly forms of Israeli exploitation of the Palestinian ordeal have become increasingly transparent in recent years. For decades Europeans gave Israel the benefit of the doubt, partly reflecting a sense of empathy for the Jewish people as victims of the Holocaust without giving much attention to the attendant displacement of the indigenous population of Palestine. Such an outlook, although still influential, loses its tenability as time passes.

Beyond this, there are increasing expressions of grassroots solidarity with the Palestinian struggle by most peoples in the world. It is a misfortune of the Palestinians that most political leaders in the world are rarely moved to act to overcome injustice, and are far more responsive to hegemonic structures that control world politics and their perception of narrowly conceived national interests. This pattern has become most vividly apparent in the Arab world where the people scream when Israel periodically launches its attacks on Gazan civilian society while their governments smile quietly or avert their eyes as the bombs drop and the hospitals fill up.

In Israel, the argument as to balance also has little resonance as Israelis, if they pause to wonder at all, tend to blame the Palestinians for failing to accept past Israeli conflict-resolving proposals initiatives made over the years. Israelis mostly believe that the Barak proposals at Camp David in 2000 and the Sharon ‘disengagement’ from Gaza in 2005 demonstrated Tel Aviv’s good faith. Even Netanyahu, at least when he is not seeking reelection, and is speaking for the benefit of an American audience disingenuously claims Israel’s continuing dedication to a peace process based on seeking a two-state solution while he explains diplomatic gridlock by contending that lacks a Palestinian partner in the search for peace, and never deigns to mention the settlement archipelago as an obstacle.

Looked at objectively, by assessing behavior and apparent motivation, it is the Palestinians that have no partner for genuine peace negotiations, and should have stopped long ago acting as if Israel was such a partner. That is, Israel inverts the Said disparity, contending that the public should point its finger of blame at Palestine, not Israel. Of course, this is hasbara in its impurest form. Israel never made a peace proposal that offered Palestinians a solution based on national and sovereign equality and sensitive to Palestinian rights under international law. And as for Sharon’s purported disengagement from Gaza, it was justified at the time in Israel as a way to deflect international pressures building to pursue a diplomatic solution and it was managed as a withdrawal that didn’t loosen the grip of effective control, leaving Gaza as occupied and more vulnerable than it was when the IDF soldiers patrolled the streets. Since 2005 the people of Gaza have suffered far more from Israel’s military domination than in all the years following 1967 when occupation commenced, and it should be clear, this outcome was not a reaction to Hamas and rockets. Hamas has repeated sought and upheld ceasefires that Israel has consistently violated, and offered long-term arrangements for peaceful coexistence that Israel and the United States have refused to even acknowledge.

Where the equivalence argument is so influential is with the Obama administration and among liberal Zionists, including such NGOs as J Street and Peace Now that are critical of Israel for blocking progress toward a two-state solution. It is a blindfold that obscures the structural reality of the relationship between the two sides, and believes that if Israel would make some small adjustments in their occupation policy, especially in relation to settlements, and if the Palestinians would do the same with respect to refugees and accepting Israel as a Jewish state, then a negotiated peace would follow as naturally as day follows night. In effect, Israel is expected to curtail unlawful settlement activity in exchange for Palestine suspending its rights under international law affecting the situation of several million Palestinian refugees. As is widely known, Jews from anywhere in the world have an unconditional right to immigrate to Israel, whereas Palestinian living abroad with deep residence roots in the country are almost totally banished from Israel including if their purpose is to resume residence so as to live with close family members.

In Ramallah back in March 2013, and speaking to a Palestinian gathering, President Obama did forcefully say that “The Palestinians deserve an end to occupation and the daily indignities that come with it,” and this will require “a state of their own.” Obama even then acknowledged “that the status quo isn’t really a status quo, because the situation on the ground continues to evolve in a direction that makes it harder to reach a two-state solution.” Such a display of circumlocution (“..continues to evolve in a direction”) so as to avoid clearing mentioning Israel’s continuous encroachment on the land set aside by the international consensus, is for a discerning reader all that one needs to know. The unwillingness to challenge frontally Israel’s unlawful and obstructive behavior is underscored by Obama’s reassurances given to a separate Israeli audience in Jerusalem on the same day that he spoke guardedly to the Palestinian, with such phrases as “America’s unwavering commitment,” ‘unbreakable bonds,” “our alliance is eternal, it is forever,” “unshakeable support,” and “your greatest friend.” No such language of reassurance was offered the Palestinians. His two speeches left no doubt that Israel retained its upper hand, and could continue to rest easy with this status quo of simmering conflict that had worked so long in its favor.

The Secretary of State, John Kerry, ploughs the same field, calling on both sides to make “painful concessions.” Obama, in his Jerusalem speech…