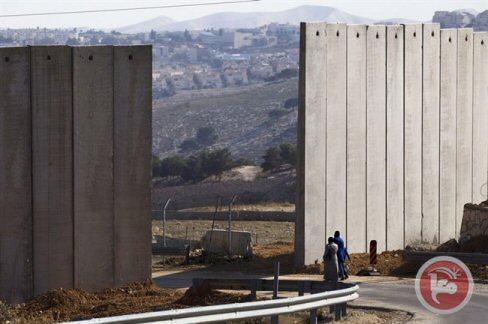 Israeli authorities are to close a gate, in northern Qalqilia, used by Palestinian farmers to access their land beyond the apartheid wall for three days, starting Sunday morning, according to locals.’We have been informed by the joint municipal council of four villages, Kafr Jammal, Kafr Zibad, Kafr Abbush and Kafr Sur, that the main route to our agricultural lands behind the wall through a gate in Falamya village will be closed by the Israeli occupation,’ a farmer from Kafr Jammal told Ma’an News Agency.

Ashraf Abd al-Rahim added that farmers were told they could access their lands through another gate in the village of Jayyus. However, the Jayyus gate lies several kilometers to the south and farmers would have to take a long route of dirt roads, he said.

The mayor of the joint municipal council of the Kafr villages Abd al-Ghani Murshid confirmed to Ma’an that the Palestinian civil liaison office had notified him that Israeli forces would shut down the Falamya gate for three days starting Sunday.

He said that Israeli forces said farmers would be allowed to access their land through the Jayyus gate, which will be open for six hours a day.

Locals told Ma’an that farmers and local organizations would stage a sit-in strike near the Falamya gate to protest the Israeli decision.

The separation wall, the construction of which began in 2003, contributes to massive Israeli restrictions on Palestinians’ freedom of movement within their internationally recognized territories.

When completed, 85 percent of the wall will run inside the West Bank.

In 2004, the International Court of Justice called on Israel to stop construction of the separation wall within the occupied West Bank.

Also of interest : Farming is Dangerous Work in Gaza (VIDEO) by Motasem A Dalloul.