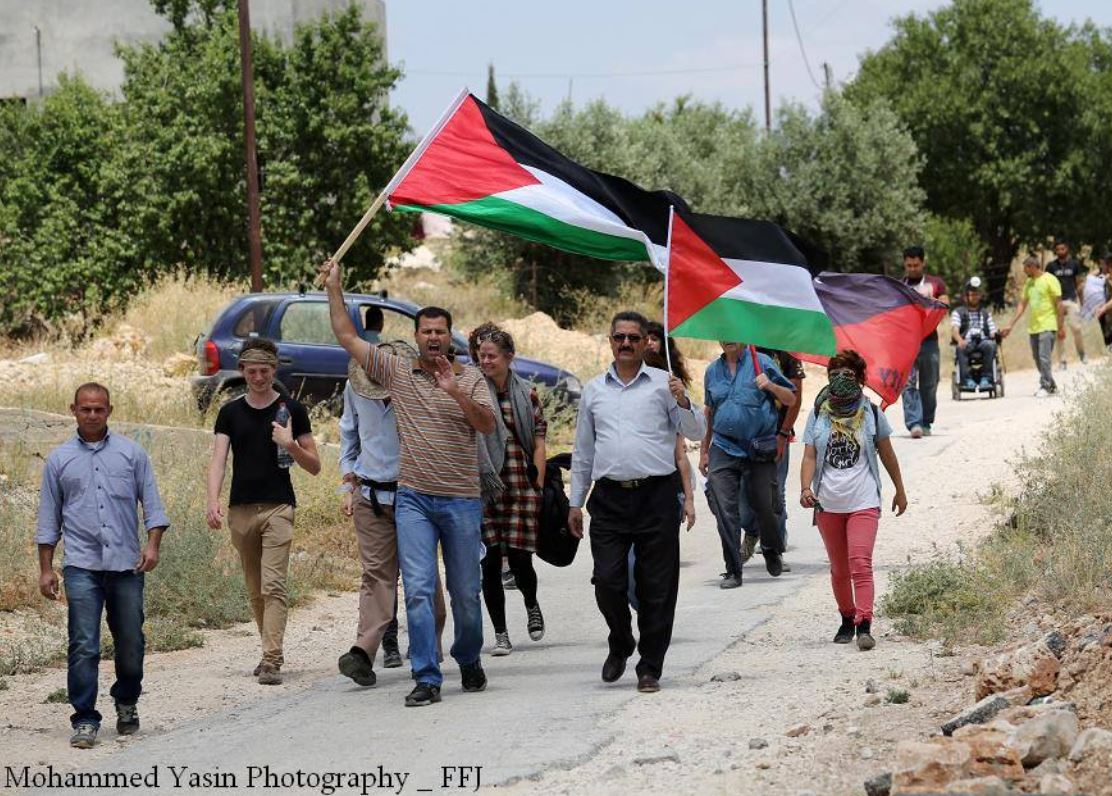 Israeli soldiers attacked, on Friday, the weekly nonviolent protest against the Annexation Wall and settlements in Bil’in village, near the central West Bank city of Ramallah, causing several injuries, while olive orchards caught fire due to Israeli gas bombs and concussion grenades. The Palestinians, Israeli and international peace activists marched chanting against the ongoing Israeli occupation of Palestine, its continuous violations and the illegal construction and expansion of colonies in occupied Palestine.

The Popular Committee against the Wall and Settlements said the soldiers fired dozens of gas bombs and rubber-coated metal bullets at the nonviolent protesters, and invaded the western parts of the village. Many protesters suffered the effects of tear gas inhalation.

Some of the Israeli bombs caused fire in olive orchards belonging to residents Mohammad Mustafa Abu Rahma and Ashraf al-Khatib.

Coordinator of the Popular Committee against the Wall and Settlements, Abdullah Abu Rahma, called for an ongoing struggle against the Israeli occupation, and its illegal policies. 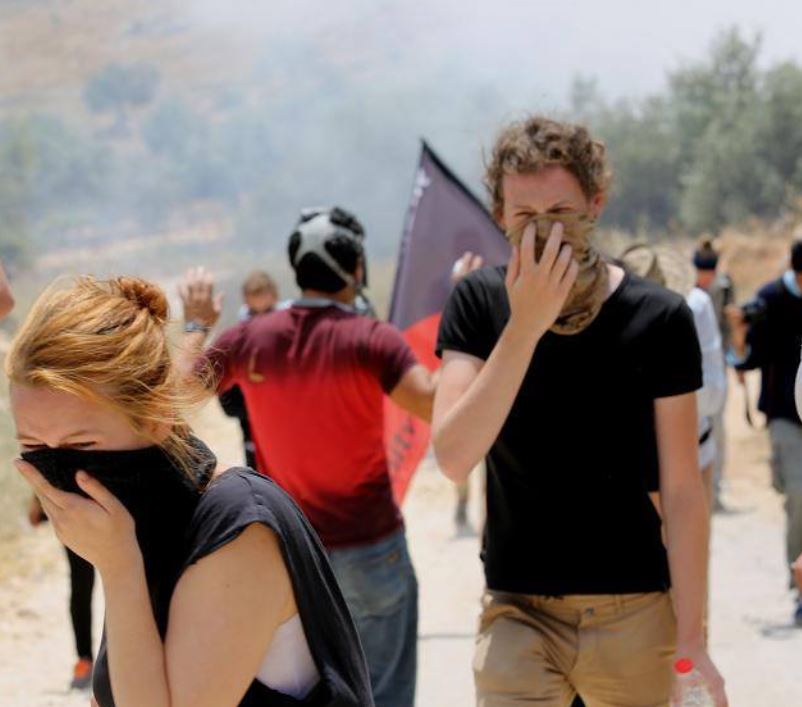 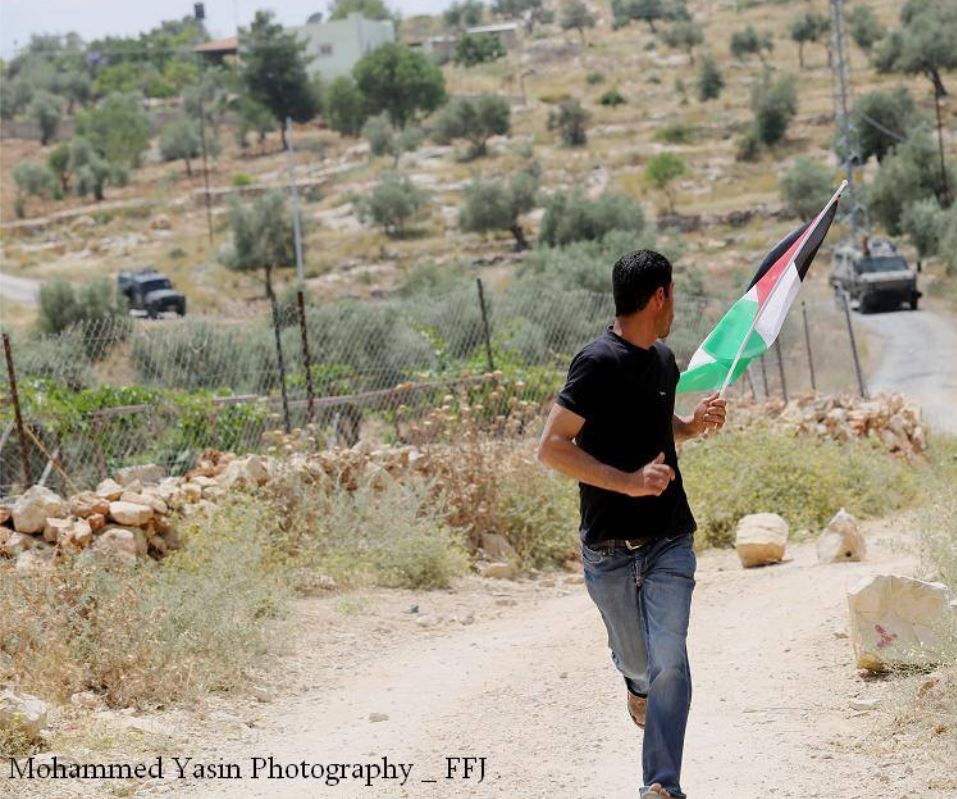