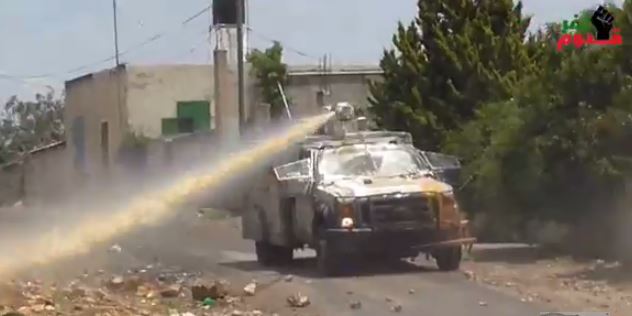 Israeli soldiers used excessive force against Palestinian protesters, conducting the weekly protest against the Wall and Settlements in Kufur Qaddoum village near Qalqilia, and demanding Israel to open the main road of the village that has been shut down for the thirteenth consecutive year. The Israeli attack led to dozens of injuries. Coordinator of the Popular Committee against the Wall and Settlements in the village Murad Eshteiwy said the soldiers used excessive force against the protesters, fired dozens of gas bombs, sprayed the them with toxic waste-water mixed with chemicals, and also fired sponge-tipped bullets.

Israel closed the main road of the village 13 years ago, to allow easy access for settlers living in the illegal Kedumim colony, built on Palestinian lands.

Eshteiwy said the locals, accompanied by a number of international activists, marched from the center of the village following Friday noon prayers, carrying Palestinian flags and chanting against the occupation and its illegal policies.

In addition, soldiers invaded the village, and clashed with dozens of youths who hurled stones and empty bottles on them.

The army fired rounds of live ammunition, dozens of gas bombs and sprayed the protesters with toxic waste-water mixed with chemicals.

The “sponge-tipped bullets” were first used against the Palestinians in occupied East Jerusalem two years ago, and have proven to be very dangerous as they led the death of a teenager, in addition broken bones, fractured faces, and even causing some residents to lose eyesight.

The Palestinian who died after being shot by a sponge-tipped bullet is Mohammad Sonnoqrot, 16 years of age, who was shot in the head on August 31 2014, and died of his wounds a week later. 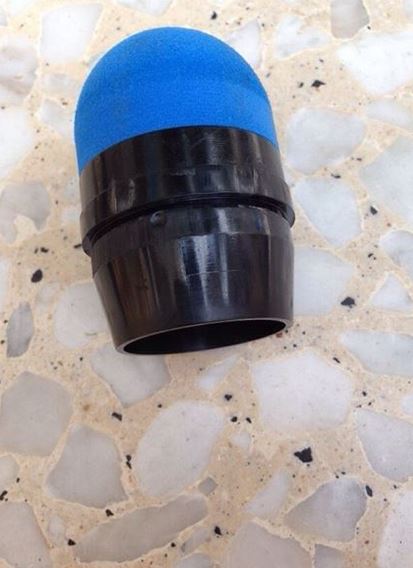