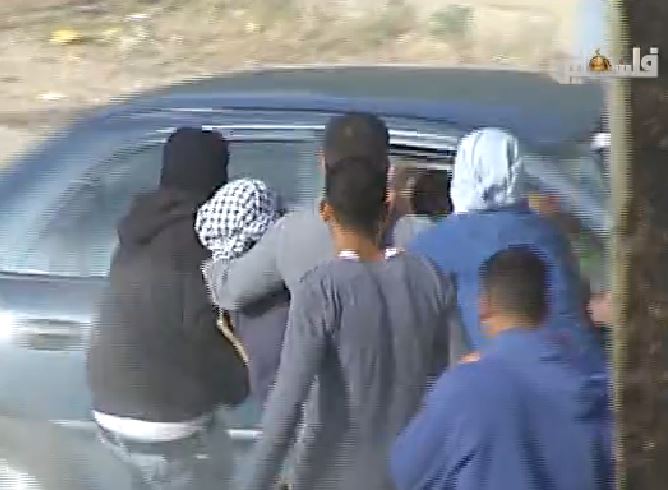 Israeli soldiers invaded, on Friday, the village of Silwad, east of the central West Bank city of Ramallah, and attacked dozens of residents marching against the occupation, its illegal colonies and ongoing violations. Seven Palestinians were injured by Israeli army fire.Medical sources at the Palestine Medical Center in Ramallah said two Palestinians were shot by the “Tutu” live rounds that cause a larger bodily harm; five were shot by rubber-coated metal bullets, and dozens suffered the effects of tear gas inhalation.

Soldiers also deliberately targeted Palestinian journalists by firing gas bombs on them, causing many to suffer the effects of tear gas inhalation.

The Palestine TV has reported that several local youths managed to throw back gas bombs fired at them by the soldiers, while one resident hurled a homemade explosive at the soldiers, mildly wounding one.

Another soldier was slightly injured in the face after being hit by a stone hurled by a protester.

The soldiers also invaded several homes, searched them and occupied their rooftops before using them to fire live rounds at the protesters.

Silwad witnesses repeated Israeli military invasions, and clashes that were intensified several days ago after Israeli soldiers invaded and occupied a home belonging to a Palestinian who resides in the United States, and raised the Israeli flag on its rooftop.